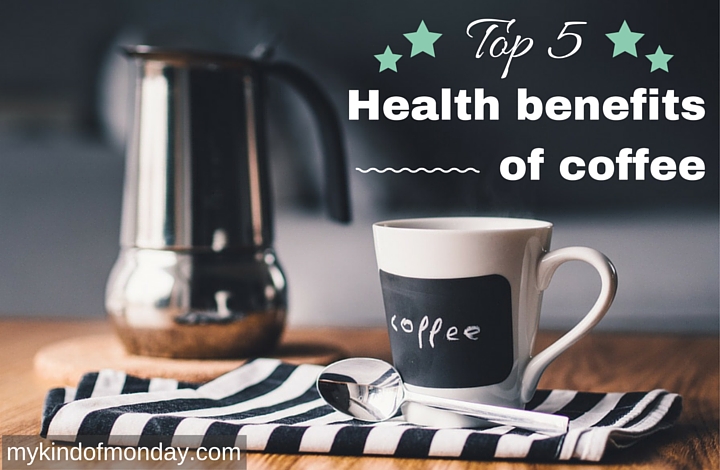 Who else starts their day with a nice cup of coffee? With 15 million cups of coffee being served in the UK every year, it seems coffee is the chosen drink for many. It helps to improve energy levels, increase brainpower and can even improve your mood. It’s no wonder people reach for a cup of coffee before work.

However, it also provides other benefits that may be a little more surprising. In case you needed another reason or two to drink coffee, check out some of the best health benefits of coffee.

When you consume caffeine, the inhibitory effects that the neurotransmitter adenosine has on your brain are blocked. This leads to the release of other neurotransmitters such as norepinephrine and dopamine, which improves the firing of your brain’s neurons, resulting in increased brain activity. Trials that have examined caffeine’s effects on the brain found that it improves memory, reaction time, vigilance, general cognitive function and even mood. In fact, one study even showed that the smell of coffee alone can help to reduce stress.

It Lowers Your Risk For Depression

One Harvard study found that it might reduce the risk of depression in women. It found that compared to those that drank little to no caffeinated coffee, women who drank four or more cups have a 20% lower risk of depression. The lowered risk is linked to the production of brain chemicals like dopamine and serotonin.

For those who drink one to two cups of coffee per day, coffee has been proven to boost your metabolism by as much as 10-20%. In one study, athletes who consumed caffeine pre-exercise burned 15% more calories for up to 3 hours after their workout.

Not only does it help you burn fat, but also if consumed an hour before vigorous exercise, it may help to reduce workout pain. This could be down to the caffeine blocking the activity of adenosine, a chemical that activates your cell’s pain receptors. This helps to improve endurance, by making your workout feel easier, improving performance by more than 11%. One study found that it can even reduce post-workout pain by almost 50%.

One study conducted by the National Institutes of Health and the AARP found that compared to those that did not drink coffee, those who drank three or more cups of coffee a day had a 10% greater chance of living longer. This could have something to do with the fact that coffee has been known to protect drinkers from various forms of death, with a positive link to heart health.

A Few Tips For Drinking Coffee

While there are many health benefits of coffee, it can have negative side effects if you consume too much. The FDA suggests the safe amount of caffeine to drink for a healthy adult is 400 mg a day, which equates to about 4 cups of coffee. Any more can lead to insomnia, tremors, irritability, stomach upset, dehydration and restlessness.

Remember, caffeine is found in more than just coffee, so take note of how much you have during the day to enjoy the maximum benefits. You can always switch to tea, which contains only half the caffeine of a cup of coffee. Health benefits also decrease when you add in things like creamers and artificial sweeteners, so you may want to avoid those.