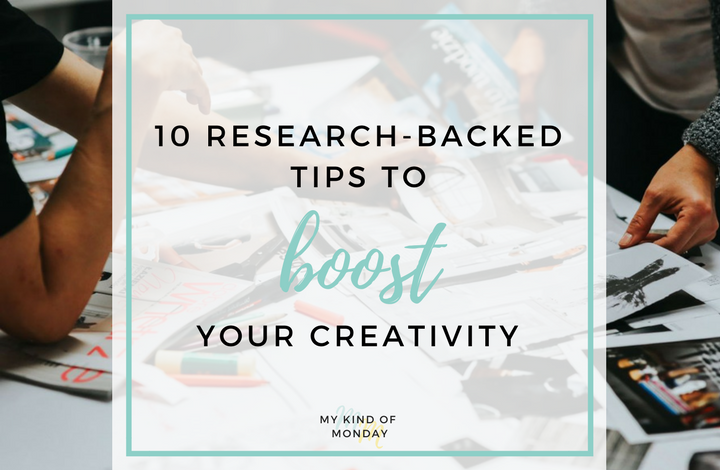 Creativity is something that workplaces value, even if they don’t typically foster it.

Why? Because creativity in the workplace can result in increased productivity, motivation, problem-solving, engagement, passion, and staff morale. Unfortunately, a whopping 75% of us believe that we are not living up to our creative and innovative potential.

We take a closer look at what creativity means, why it’s important to think of it as a skill, and, more importantly, what you can do to help enhance your creative abilities.

Creativity can be difficult to define, as it is an abstract concept. Harvard professor Teresa Amabile, who has worked with creativity, defines it as “the production of a novel and appropriate response, product, or solution to an open-ended task.”

In order to be a creative person, we need to use divergent and convergent thinking to come up with a new and suitable solution to a problem.

Creativity as a Skill

What makes you good at your job? Is it skill or is it talent?

A lot of us believe that our work performance reflects either the amount of work we’ve done to acquire a skill or our innate ability for that activity. Realistically, any performance will reflect a combination of skill and talent. Tasks can be improved with a lot of practice, though it helps to have some ability if you are looking to be the best at something.

You need to believe that the activity is a skill that can be learned, and work hard at it. If you think it’s just based on talent, you don’t bother to work hard at the activity, and any performance limitations are blamed on a lack of talent.

When thinking about creativity and innovation, this way of thinking about skill and talent is essential. When a skill involves an action such as playing an instrument or shooting a free throw, most people are aware of what needs to be done in order to improve. However, for mental skills such as creativity and imagination, most of us don’t know enough about how our brain and frontal lobe work, and therefore don’t treat it like a skill.

How to Be More Creative

To enhance our creative abilities and creative confidence, there are several priming techniques you can try. In fact, the results of a 2013 study show that just holding the belief that we can increase our creativity led to higher creativity measures. Persistently exercising the creative brain muscles will inherently lead us to be more creative people.

Whether you are looking at how to increase your problem-solving skills, some inspiration to paint a masterpiece or looking for your next great idea for a startup, read on for some activities to enhance your creativity.

The Journal of Environmental Psychology published a study conducted by German researchers, in which they concluded that dimming the lights reduces inhibitions. In turn, this triggers a more imaginative and explorative way of thinking.

A study published in Psychological Science placed participants in either a tidy or untidy room and asked them to think of a new idea regarding a Ping-Pong ball. Both groups had around the same number of ideas, but the participants in the more messy room were found to have more creative ideas when judged by a panel of independent raters.

This one may be better left to your home office though.

It’s been a long-standing belief that the ideal state to create is during moments of happiness.

However, a 2007 study about creativity in the workplace made a bold statement, as it concluded that creativity was increased when both negative and positive emotions were running high.

The researchers seem to infer that while some negative moods can kill your creativity, they can sometimes stimulate creative thinking rather than squashing it. There’s no need to get yourself in a bad mood to get creative, but next time you are feeling strong emotions, try to focus your energy into a creative task.

The results of a study conducted by the University of Illinois in Chicago showed that participants who had a blood alcohol level of 0.075 could problem solve creatively better than participants who were sober.

One of the reasons for this could be that a person’s attention span is relaxed when they consume a moderate amount of alcohol, thereby assisting them in finding a connection between ideas that are remotely related.

As if we needed another reason to leave our desks from time to time!

Both during and after walking, the creative thought process is increased, so get up and go for a stroll if you’re suffering from writer’s block, or a mental roadblock, to get those creative juices flowing.

A study conducted in 2014 hypothesized that the creativity increase could be due to a mood boost or a relaxation effect triggered by taking a walk.

6) Change Up Your Breakfast Routine

Tomorrow morning, try putting your breakfast together a little differently, such as pouring the milk into your bowl first, and then adding the cereal if you usually do it the other way round. Or have a cup of green tea instead of your regular coffee.

Researchers in the Netherlands asked some participants to prepare themselves a breakfast sandwich in a regular manner, and other participants needed to do it in a strange way (such as placing the ingredients on a plate, spreading their bread with butter and then putting the bread on the plate butter-side down). The participants that made their sandwich in an unusual way scored higher in cognitive flexibility.

When you force your brain out of everyday habits and think of things differently, this can trigger a new good idea, and you just might stumble upon your next a-ha moment.

7) Daydream, and then Keep on Working

There are several studies that confirm that napping and daydreaming can help with the creative process, but there’s something else to keep in mind. A study performed by the University of Toronto showed that daydreaming is not helpful when you’ve not done much creative work on a problem. Therefore, leave daydreaming for when you have already invested a lot of creative effort into a project.

8) Do Work in a Coffee Shop

This tip is not surprising considering how busy coffee shops can be. The Journal of Consumer Research published their findings, where they stated that people were most creative when surrounded by a moderate level of background noise.

Sounds can be distracting, therefore encouraging people to think harder and think outside the box. For projects that need extreme focus, however, a quieter environment was preferred.

According to research published in Frontiers in Psychology, meditation can encourage divergent thinking. Researchers believe that this was due to the ability of meditation to increase your mood in a positive manner, which results in a creativity boost. These findings are backed by another study which found that activities like yoga and meditation are a fantastic option to encourage creativity in introverts.

10) Stare at Something Blue

A study by the University of British Columbia found that the color blue can enhance our performance when tackling a creative task. This seems to be as the color blue reminds us of water, the ocean and the sky, which are associated with tranquility, peace, and openness, which translates into feeling more exploratory and imaginative.